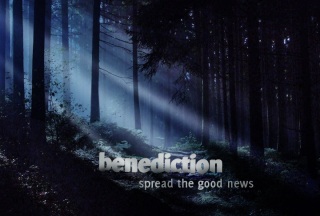 What is Benediction? Benediction means blessing or miracle. During the 5th Day of Misyong Pilipino with Fr. Arlo, the St. Joseph grounds were prepared for the great blessing and healing that we will have. The pathways going to the altar were covered with white linen cloth. The altar was full of lighted candles where the Blessed Sacrament is located. The place served as a venue where we can receive healing, forgiveness and give thanks to the Lord.
Three images were depicted during the night of Benediction. These are the image of healing, image of thanksgiving and the image of forgiveness and cleansing.
The first image is HEALING. It comes from the book of Mark and about the Woman Who touched Jesus’ Cloak.
There was a woman who suffered terribly from severe bleeding for twelve years, even though she had been treated by many doctors. She had spent all her money, but instead of getting better she got worse all the time. She had heard about Jesus so she came in the crowd behind him, saying to herself “If I just touch his clothes, I will get well.” 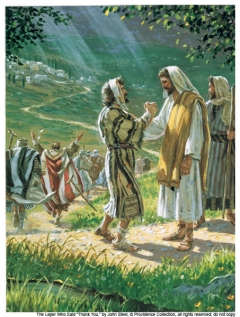 The third image is FORGIVENESS. It is the image of God’s understanding. The reflection comes from the Old Testament, in the Book of Prophet Isaiah.
One morning, when Isaiah was walking barefooted, Yahweh approached him. Yahweh told Isaiah that He wants him to be His prophet. Isaiah, without hesitation, refused the plan of Yahweh. He said, “I am not worthy to be your prophet because I have many sins. Let my neighbors be your prophet instead of me”. So Yahweh asked him to just walk with Him. And as they are walking along a damp grassland, Yahweh asked Isaiah, “Do you feel the wet grasses below us? Do you believe that the dampness of these grasses will be removed when the sun rays radiate on them?” Isaiah agreed. Yahweh continued, “Isaiah, just like the wet grasses, if you just allow yourself to get the heat of my Love, I will remove all your sins”. Realizing this Isaiah responded, “Lord here I am, I come to do your will”.
If you allow yourself to feel the heat of His love, if you allow yourself to get the radiance of His love, all your weaknesses will be strengthened by God. When you are exposed from the radiation of the Lord, He will thaw all your sins. Despite of your unfaithfulness, He will still embrace you and give you a new life. If you are suffering because of sins, you can ask for second chance, you can ask for a new direction in life and no matter how big your sins are, in front of the Lord and His love, He will forgive and clean you.
Here are the chorus lyrics of the song Sa Kabila ng Lahat:
Sa Kabila ng Lahat
Sa kabila ng lahat, yayakapin mo pa rin ako.
Sa kabila ng lahat, aakayin mo pa rin ako.
Sa kabila ng lahat, buhay mo’y inialay mo.
Sa kabila ng lahat, pinatawad mo ako.
During the Benediction, we were encouraged to touch and kneel on the cloth, lowering and humbling ourselves. Everyone experienced healing, thanksgiving and cleansing.
That night was really a wonderful experience. It let us have a flashback moment in our life. It allowed us to recall our past doings, reflected on it, and contemplated on it. It permitted us to stop for a while, think and give thanks for all the blessings we have received. We realized that there are so many things that happened to us that we should be grateful of. Our emotional and physical sufferings were healed. The feeling was overwhelming and the love of God let us experience the event that we have never felt before.
I will share the experience I had during the Benediction on a separate blog. Share your experience too and let it inspire others. =)
Reflection: What are my sufferings? What are the things that I should be thankful of? What are the things that are stopping me to become closer to God?